2800+ stores in 52 countries offer professional services in the field of shipping, micrologistics, marketing, graphic design and printing. Now you can find your trusted partner also in Bulgaria!

You can find over 2600 centers of Mail Boxes Etc. worldwide. The MBE network offers value-added services to its customers, which allow them to work more efficiently.

Mail Boxes Etc. provides courier services, printing and marketing solutions for small and medium enterprises and the private customer through a network of independently owned and franchised locations. MBE's service centers facilitate the activities of entrepreneurs, people and businesses through an easy-to-access distribution network and personalized services and products provided with a unique level of customer service. 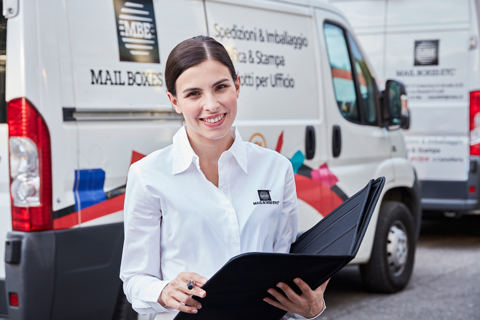 MBE has kept growing since its inception. MBE people in more than 2,600 locations in more than 47 countries use our business concept to address the needs of local businesses and consumers in the communities in which they live.

Founded in San Diego, California in 1980, Mail Boxes Etc. was transferred to Italy in 1993 by Graziano Fiorelli as the master licensee for the MBE brand. Since the opening of the pilot center in 1993, the Italian MBE network has grown to over 500 centers. MBE Italy subsequently acquired MBE license rights for Spain, Germany and Austria.

MBE Italy expanded to 300 MBE Centers and presence in 80% of Italian provinces thereby becoming the largest and most successful international MBE Master Licensee.

Master Licensees for Spain, Germany and Austria added to the portfolio. Network expansion increased to over 600 MBE Centers in the four European countries.

2017
An year of acquisitions for Mail Boxes Etc. around the world: two US companies, PostNet International Franchise and AlphaGraphics Inc. are now part of the group, MBE's network nowadays has over 2,500 Service Centers (of which about 500 in the US and 2,000 in others 40 countries).